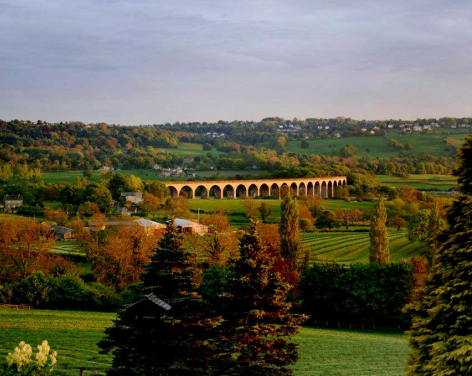 The Crimple Valley Viaduct carries the Harrogate to Leeds railway line across Crimple Beck, and its Valley.  The structure which is Grade II listed has 31 arches each spanning over 15.5 meters making for a total length of over half a kilometre.   The Viaduct was completed in 1848 by the York and North Midland Railway Company, which later became part of LNER.  Offering passengers long views over the area south of Harrogate as they pass over the Viaduct is visible from a number of different locations standing over 30m tall it it’s centre. The valley and wood that line Crimple Beck along the Valley are criss-crossed with footpaths and bridleways making a great place to explore and watch trains cross, and are easily accessible from Pannel and Follifoot, south of Harrogate.  In spring the valley turns a remarkable yellow when the Buttercups in the fields come into flower.   Read more

Simon Cotton, Managing Director, HRH Group talks about the roadmap to welcoming people back to hospitality in Harrogate...