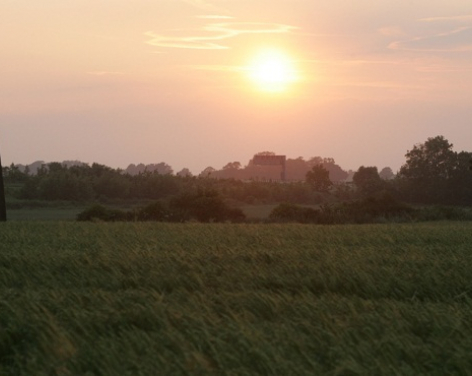 Reach back in time and wonder at the mysterious Devil’s Arrows, three huge standing stones on the western outskirts of Boroughbridge that cast their shadow over the surrounding landscape! These mighty pillars of rock are among the least understood and most neglected historic monuments in Britain.

Just outside the town, they form some of the earliest evidence of occupation in the area and may date back 4000 years to early Bronze age man – these three standing stones were probably once part of a 5 stone row, the materials for which were dragged from Plompton Rocks about 9 miles away – quite a feat given that the lightest stone weighs some 25 tons.

What their purpose is, and who placed them and when, have been for hundreds of years – and are still today – matters of conjecture.

Local legend however, tells a story how the Devil aimed to throw them at the neighbouring village of Aldborough in a fit of rage, but missed and they landed instead in Boroughbridge.

An afternoon exploring the gardens of Harrogate

A popular way to spend a day in Harrogate is to visit two of our most beautiful gardens. Starting...