This dual route offers you the choice of two starting locations and two ways to reach and explore one of the most interesting sites of industrial heritage in the valley.

Tucked away in one of the many small side valleys to Nidderdale is the site of a once thriving hub of activity.  Prosperous mine is just one of the locations in Nidderdale where the mineral wealth of the valley was exploited.  The new and effective combination of man and machine was used to increase the effectiveness of mining for lead, which was in great demand as towns expanded with the industrial revolution.   However, the history of mining in the valley was hardly new and is thought to date back approximately 2000 years.  It is hard to tell as later and larger mining operations destroyed the evidence of what was there before.

The remains of the mine workings as they are seen today are the result of larger activities of the 18th and 19th centuries, which created large spoil heaps and used water as a source of power.  Apart from a few explorative attempts to find value in the site, the mine has been abandoned since 1889.

The mine is reached by one of two routes, one of which is a popular walk from Pateley Bridge, offering easy navigation and for the most part an open walking surface of a broad double track. This walk is perfect for those meeting up with friends for a walking chat, or walking in groups.

The alternative route to the mines is from above, starting and ending at the car park at the Coldstones Cut on Greenhow Hill, this route while shorter is a little more adventurous with steeper climbs and less even terrain. 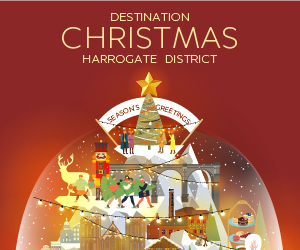 Fodder is here for you during these difficult times and we are proud to serve you and support our...

The colourful world of Jonathan Moseley

International Floral Designer, Jonathan Moseley told us what flowers mean to him.