Yorkshire is a growing centre for film and Harrogate District has recently had a starring role in a number of new productions. So it isn’t surprising that a growing number of film events are taking place across the district. Cinema and the way people watch films has evolved a great deal over the last few years with a new raft of distinctive ways people now enjoy film.

Today This week This month

Oscar winning semi-autobiographical film which chronicles the life of a working-class family and their young son's childhood during the... 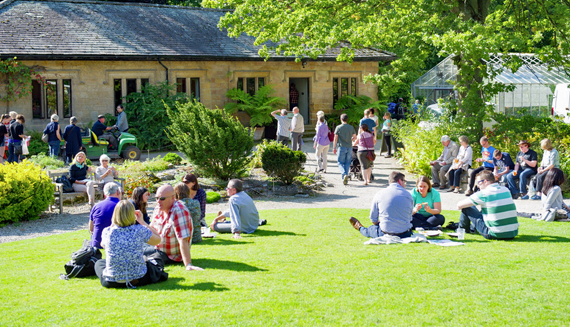 One of the more notable among them is the new CineNorth collective, where high-end projection equipment is used to show films in village halls and community spaces across the district including Ripley, Pateley Bridge and Masham. This provides a unique and informal film viewing experience that could not be more different from the multiplex cinema.

This warm and lively cinema project provides a mix of locally relevant and mainstream cinema films and is well worth experiencing if it coincides with your stay.

Through the summer months there are open air film events in various places where you can enjoy a film under the evening sky. Kick back and enjoy a glass of something nice, delicious local food and enjoy the sight of owls, bats and other nocturnal birds as the film unfolds in front of you.

The newest experience filmgoers are having is the concept of Immersive Cinema, where the film serves to set the mood for an entire evening of themed entertainments. These events offer something outside and beyond the traditional viewing of a film with the lights down, with an exciting and engaging night to remember.

Cinemas around Harrogate also put on special nights to celebrate the release of much anticipated or celebrated films, enjoy a Bridget Jones or a James Bond night with your friends for a special occasion.