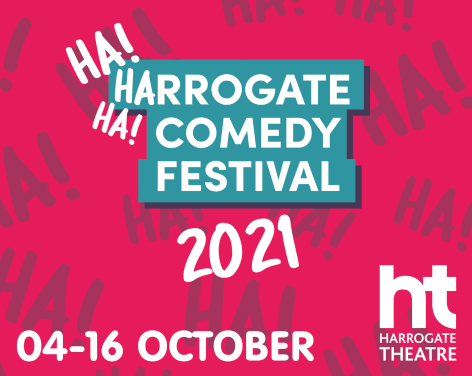 Having started in 2009 at Harrogate Theatre with a commitment to bringing both ‘the bright stars’ and the ‘hotly tipped next big things’ to Harrogate, the festival has gone from strength to strength.

Festival programmer Phil Lowe adds: “After bringing the biggest names in stand-up and the best in rising talent to Harrogate for over a decade, Harrogate Comedy Festival is an important event for the town.

We now have a standard of excellence to not just uphold but further exceed each year, and we don’t take that responsibility lightly. We are on the lookout for great comedy all year round and we’ll continue to bring the very best to Harrogate going forward”

Since Harrogate Comedy Festival began, more than 70,000 people have attended achieving an average of 73% capacity over the decade. What’s more, more than 55% of that audience travelled from outside of Harrogate, equating to an increased footfall of almost 40,000 people and generating significant secondary spend in the town.

On Sunday 20th March, The Frazer Theatre Comedy Club is delighted to welcome back Alfie Moore. Tickets are £1...