Jools Holland and His Rhythm And Blues Orchestra 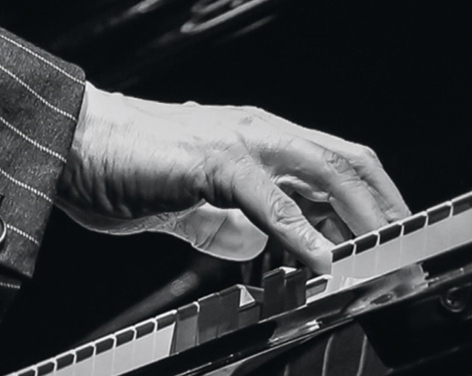 Jools Holland and The Rhythm & Blues Orchestra will once again take their much-loved annual tour around the UK featuring dazzling long-term vocalist Ruby Turner, with her breathtaking gospel, soul, blues vocals and songs written with Jools, as well as Louise Marshall, whose mellifluous voice illuminates all she sings. Also on tour is original Squeeze member and powerhouse Gilson Lavis on drums. In addition, for the very first time, the tour will be joined by singer-songwriter Leo Sayer. Leo Sayer is an extraordinary global musical success story with his first seven hit singles in the United Kingdom all reaching the Top 10. A prolific songwriter, he is responsible for writing songs such as "When I Need You", "You Make Me Feel Like Dancing", "Thunder In My Heart" and many other hits covered by artists all over the world. Followers of Jools Holland will be familiar with his Squeeze co-founder, sometimes songwriting and touring partner, Chris Difford. As well as his work with Glen Tilbrook in Squeeze, he's written with Elton John, Paul Carrack, Lisa Stansfield, Bryan Ferry, Helen Shapiro, Elvis Costello and, of course, Jools Holland, who describes him as 'the John Lennon of London, the John Betjeman of Blackheath and the Alain Delon of Deptford'. Jools is currently recording his next album which will focus on his piano stylings, some duets and collaborations with other top instrumentalists. Watch out for it later In the Autumn. With a tremendous collection of Jools tunes and his styling of ska boogie woogie and blues, this UK tour promises to be an extraordinary and unforgettable night out that will have audiences weeping and on their feet! Read more

Tracing the Fab Four's journey through the swinging 60s, every tiny detail is forensically observed from their authentic period...

Bach Mass in B Minor

The world-renowned English soprano Dame Emma Kirkby will be one of the soloists at the performance of J S...

From Mozart to Britten - Katherine Bryer (oboe) with her string trio

Winner of many awards, oboist Katherine Bryer studied at the Royal Academy of Music. An active chamber musician, she...

Led by donkeys with James...

Go big how to fix our world...