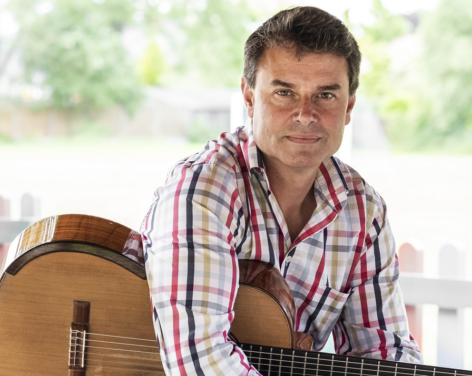 Leeds Symphony Orchestra is returning to Knaresborough on 27th November for their first post-lockdown concert.

The concert will feature renowned guitarist Craig Ogden, who is the orchestra's honorary President. Craig is been named by Classic FM as one of the greatest guitarists of his generation. He will be performing the guitar concerto by Yorkshire composer Arthur Butterworth.

Also in the programme are Beethoven's famous 5th Symphony and the exiting overture Benvenuto Cellini by Berlioz.

The concert is dedicated to the memory of Knaresborough-born Martin Binks who was the orchestra's conductor for nearly 50 years until his death in December 2019. The programme was intended to be his 50th anniversary concert in 2020.

The orchestra is delighted to be performing in front of a live audience again, especially with such a distinguished soloist as Craig Ogden.

It is hoped that the concert will be a fitting tribute to Martin Binks, in his home town of Knaresborough.

This earth of majesty, at Allerton Mauleverer

An evening of Swing with Lee Hutton singing Michael Bublé

Lee Hutton is a superb singer who brings the excitement and passion of Michael Bublé to life on stage...

The Counterfeit Stones - Not Fake Away

Why pay a fortune to see ants in a stadium when for a fraction of the price you can...

Pop Up Art Exhibition, by...