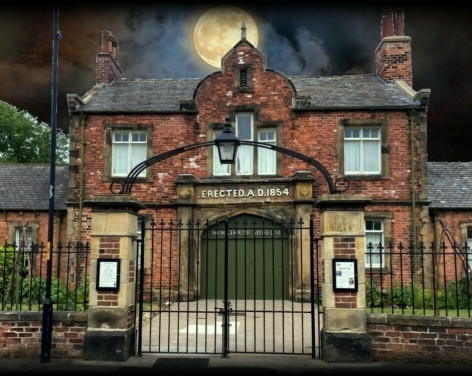 Join Dusk Till Dawn Events on a night of scary ghost hunting as we enter the very daunting Ripon Workhouse and Orphanage found in Allhallowgate Ripon, North Yorkshire for the night.Since the year 1776 a workhouse has been stood on this site, the present Grade ll Listed building now standing, dates from 1854. This is an extremely atmospheric property, a place of great despair and sorrow which housed many destitute souls, who then went on to live and work here.The poorest of society including men, women and children were placed here in terribly, cramped conditions, along with vagrants who were given a bed for the night and a meal, in return for jobs that they were assigned to do before they could leave.Children who lived here, were kept with their mothers up until the age of 4, following this they were then taken away to the separate Orphanage building at the workhouse, here they lived and received an education in the hope of a better future, a child was only allowed to see its mother, once a week on a Sunday for just one hour.Sadly, for most, their only chance of leaving this formidable place, would be in a basic regulation paupers coffin come the time that they met their grim demise.This place is vast, containing a maze of rooms and creepy corridors, including the Vagrant’s Cells, Classroom, the Interview room, Bathing Area and the Inmates Dining Hall, this is a location not to be missed. Read more

Eucharist for St Stephen’s Day and Pilgrimage to Fountains Abbey, retracing the steps of the abbey’s founders centuries ago...

Explore the darker side of the historic city of Ripon on this ghost walk, hearing tales of ghouls and...

Yuletide at The Terrace,...