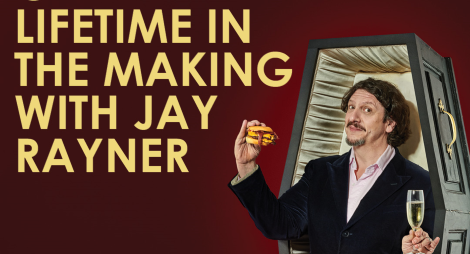 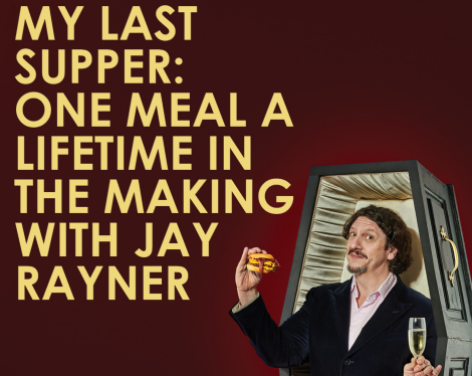 My Last Supper: One Meal a Lifetime in the Making with Jay Rayner

Imagine you are about to die.

You have one meal left.

What are you going to have?

It’s the question award-winning restaurant critic, MasterChef judge and writer Jay Rayner has been asked most often by audiences across the UK. It happened so often that he decided the time had come to investigate the concept of the last supper and why it intrigues us so. Is it because of the opportunity it presents us with to let your appetites run riot? Or is it because it’s a greedy way in which to tell the story of your own life? And if so, what would a man like Jay Rayner, who for two decades has made a living eating out in restaurants, choose to put on the menu?

In this barnstorming new show, based on his new book, Rayner investigates our fascination with last suppers and tells the stories of the killer dishes that would end up on his table: how he was introduced to oysters by his late mother, how he almost burnt down a hotel because of his love for snails in bubbling garlic butter and of the many ways by which the mighty pig has fed him over the years. Plus, he’ll get the audience to design their own last meal. My Last Supper: One Meal a Lifetime in the Making with Jay Rayner follows the success of his sell out shows, My Dining Hell and The Ten Food Commandments, which have taken audiences by storm across the UK, Australia, New Zealand and the US.

My Last Supper: One Meal a Lifetime in the Making with Jay Rayner. It’s a show to die for.

On Saturday 16th July at 2pm, the Frazer Theatre welcomes back Morgan and West with their new summer panto...

On Friday 8th July the Frazer Theatre Comedy Club kicks of a season of Edinburgh Festival preview shows with...